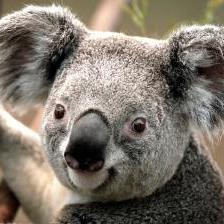 After having six sons Stephen and Cher Lair were sure their seventh child would also be a boy. The Apex North Carolina couple received a big surprise when they learned that number seven would indeed be a little girl.

When baby Ruby was born in August the Lairs brought her home to a house filled with sons. News & Observer reporter Corey Lowenstein met with the family a few days later to film the boys reactions to the new girl in town. The result is a video that has gone viral showing the adorable reactions of each boy to his baby sister.

"Im excited that shes here. Im scared because its a girl" brother Campbell 10 says in the video.

4-year-old Shepherd holds his baby sister and says "This is Ruby and I love her…she is cuter than I thought she would be."

Sawyer 7 appears smitten with Ruby saying "Shes as precious as a ruby and if I ever lost her I would join a police force and I would definitely get whoever did it. And whoever did do it I would probably lock them up for a thousand years."

2-year-old Knox points out his sisters mouth and head to Lowenstein while giving her several sweet kisses.

Jackson 13 says hes looking forward to growing up with a sister. "I just dont know how this is gonna be…Ive grown up with boys like six times over and over again" he says.

Stephen Lair says he and his wife both come from small families and never thought theyd have seven children. Lair also says they are thankful to have the video as a keepsake for Ruby so that she can look back on her early days in a house full of boys.

"In the end we want our family to be a blessing to others. We want the love that we have for each other to be an encouragement. Seeing that happen through this video is a tremendous gift — one that we dont take for granted."