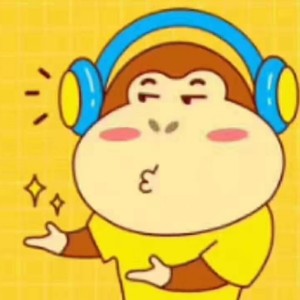 By almost any measure, there is a boom in Internet-ba

While the kinds of instruction offered in these programs will differ, DL usually signifies a course in which the instructors post syllabi (课程大纲), reading assignment, and schedules on Websites, and students send in their assignments by e-mail. Generally speaking, face-to-face communication with an instructor is minimized or eliminated altogether.

The attraction for students might at first seem obvious. Primarily, there’s the convenience promised by courses on the Net: you can do the work, as they say, in your pajamas (睡衣). But figures indicate that the reduced effort results in a reduced commitment to the course. While dropout rate for all freshmen at American universities is around 20 percent, the rate for online students is 35 percent. Students themselves seem to understand the weaknesses inherent in the setup. In a survey conducted for Cornell, the DL division of Cornell University, less than a third of the respondents expected the quality of the online course to be as good as the classroom course.

Clearly, from the schools’ perspective, there’s a lot of money to be saved. Although some of the more ambitious programs require new investments in servers and networks to support collaborative software, most DL courses can run on existing or minimally upgraded (升级) systems. The more students who enroll in a course but don’t come to campus, the more school saves on keeping the lights on in the classrooms, paying doorkeepers, and maintaining parking lots. And, while there’s evidence that instructors must work harder to run a DL course for a variety of reasons, they won’t be paid any more, and might well be paid less.

57. What is the most striking feature of the University of Phoenix?

A) All its courses are offered online.

B) Its online courses are of the best quality.

C) It boasts the largest number of students on campus

D) Anyone taking its online courses is sure to get a degree.

58.According to the passage , distance learning is basically characterized by_____

A) a considerable flexibility in its academic requirements

B) the great diversity of students’ academic backgrounds

C) a minimum or total absence of face-to-face instruction

D) the casual relationship between students and professors

A) earn their academic degrees with much less effort

B) save a great deal on traveling and boarding expenses

D) work on the required courses whenever and wherever

60. What accounts for the high drop-out rates for online students?

A) There is no strict control over the academic standards of the courses.

B) The evaluation system used by online universities is inherently weak.

C) There is no mechanism to ensure that they make the required effort.

D) Lack of classroom interaction reduces the effectiveness of instruction.

61. According to the passage, universities show great enthusiasm for DL programs for the purpose of_____

A) building up their reputation

B) cutting down on their expenses

57. A. All its courses are offered online.

58. C. a minimum or total absence of face-to-face instruction.

59. D. work on the required courses whenever and wherever.

60. C. There is no mechanism to ensure that they make the required effort.

61. B. cutting down on their expenses.