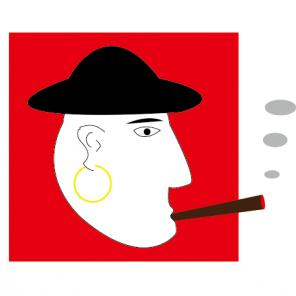 2.  What does the Constitution do?

Answer:
It sets up the government
It defines the government
It protects the basic rights of Americans
Explanation:
The United States would be a very different country if it did not have the U.S.
Constitution, because it does three very important things.  First, it sets up (or
organizes) the government, just like you would organize any organization or
business.  The U.S. Constitution divides the government into three branches (or
parts): the legislative branch, the executive branch, and the judicial branch.  The
legislative branch creates (or makes) the new laws.  The executive branch enforces
(or makes sure people follow) the laws.  The judicial branch is the court system,
which interprets (or decides what something means in) the laws and determines (or
decides) who is guilty of breaking (or going against) the laws.
All three branches are important.  The Constitution makes the branches share power
equally, which means that no one branch is stronger than the others.  One branch
cannot take all the power for itself.  We call this sharing “checks and balances.”  To
check here means to control, and to balance means to make things equal.  These
checks and balances help control the three branches and keep them equal to each
other.  If one branch tries to take too much power, one of the other branches can put
a stop to it.
The second important thing that the Constitution does is to guarantee (or promise
and protect) the rights of all Americans.  The representatives at the Constitutional
Convention didn’t want the government interfering too much in the lives of the
people.  So they wrote a list of rights – a list of things that everyone could do – and
made them part of the Constitution.  These are rights that the federal government
guarantees.  The federal government is the national government, which makes laws
for all of the states.  There are also state governments that make laws for each
individual state.
The third thing the Constitution does is to define (or explain) what powers the states
have and what powers the federal government has.  The states have to make laws
that agree with the U.S. Constitution, since the Constitution is the supreme (or
highest) law in the country.