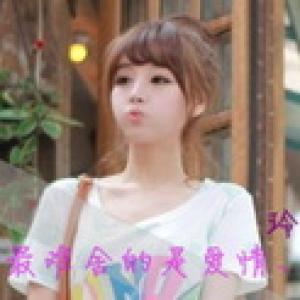 It is difficult to connect with someone if you ask them questions that can be answered in two words. There is no chance for a connection to develop. Instead of asking, “Where do you live?” trying asking “What do you think of your neighborhood?” Instead of “where did you get that shirt?” try “What do you think of the new store in the mall?” The longer you talk, the more chance there is for a connection to grow.

If your potential new friend interned at Credit Suisse, discuss that your brother works in finance. If she is all about reality TV, tell her which shows you’re into. Friendship is built on commonalities.

Sticking to the facts makes a conversation dry and boring. You want to capture your new acquaintance’s interest by using emotion words so they can connect with you on a genuine level. Instead of going into detail about where you stayed on your trip to London, talk about how anxious you felt when you almost missed your connection. Instead of describing how long your commute is, discuss how much you dread that hour of your day.

4.Think of who this person reminds you of.

If this person reminds you of a friend, someone on TV, or a public figure, tell them, as long as it isn’t insulting, of course. People love to hear who others think they look or act like. It is flattering that someone thinks about you enough to compare you to someone that they know and like.

Don’t complain or whine about your life or discuss how upset you are by friend or work drama. This makes a potential friend wary of getting too close. It can seem like you’re always creating drama and negative energy, which is a turn off.

Many people will gossip right back, but then won’t be interested in becoming a closer friend to you. In the back of their mind, they will keep wondering what you’re going to say about them when their back is turned. Try to stay positive and give people the benefit of the doubt when you talk about them, or better, just talk about the two of you without dragging others, who aren’t even there, into the conversation.

It can make people feel awkward to be around individuals who talk badly about themselves, complaining about their various terrible qualities. They feel like they have to reassure you, and nobody wants to be someone’s therapist.

If you know someone in common, talk nicely about them. This will increase the chances that this new acquaintance thinks well of you, and it also makes it likely that the three of you can hang out sometime.

If your new acquaintance mentions an activity that you also enjoy, invite them to join you in the future. Not in a creepy way where you bring out your phone and start looking at the calendar, but just say that you’d love to have them come along surfing the next time you go to the beach, or whatever the case may be.

10.Don’t be shy about asking to connect.

Plant the seed that you want to be closer friends by saying something like, “I’ll definitely have to friend you on Facebook.” This is also a good way to assess whether this person is also interested in being friends. If they seem excited and later immediately accept your friend request, it’s likely that a friendship may be developing.