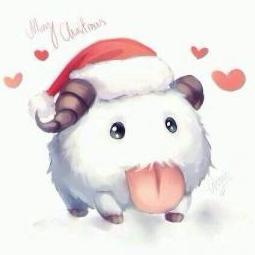 Holding Your Breath in India
在印度，摒住呼吸

FOR weeks the breathing of my 8-year-old son, Bram, had become more labored, his medicinal inhaler increasingly vital. And then, one terrifying night nine months after we moved to this megacity, Bram’s inhaler stopped working and his gasping became panicked.

My wife called a friend, who recommended a private hospital miles away. I carried Bram to the car while my wife brought his older brother. India’s traffic is among the world’smost chaotic, and New Delhi’s streets are crammed with trucks at night, when road signs become largely ornamental. We undertook one of the most frightening journeys of our lives, with my wife in the back seat cradling Bram’s head.

When we arrived, doctors infused him with steroids (and refused to provide further treatment until a $1,000 charge on my credit card went through). A week later, Bram was able to return home.

When I became a South Asia correspondent for The New York Times three years ago, my wife and I were both excited and prepared for difficulties — insistent beggars, endemic dengue and summertime temperatures that reach 120 degrees. But we had little inkling just how dangerous this city would be for our boys.

We gradually learned that Delhi’s true menace came from its air, water, food and flies. These perils sicken, disable and kill millions in India annually, making for one of the worst public health disasters in the world. Delhi, we discovered, is quietly suffering from a dire pediatric respiratory crisis, with a recent study showing that nearly half of the city’s 4.4 million schoolchildren have irreversible lung damage from the poisonous air.

For most Indians, these are inescapable horrors. But there are thousands of others who have chosen to live here, including some trying to save the world, others hoping to describe it and still others intent on getting their own small piece of it. It is an eclectic community of expatriates and millionaires, including car executives from Detroit, tech geeks from the Bay Area, cancer researchers from Maryland and diplomats from Dublin. Over the last year, often over chai and samosas at local dhabas or whiskey and chicken tikka at glittering embassy parties, we have obsessively discussed whether we are pursuing our careers at our children’s expense.

Foreigners have lived in Delhi for centuries, of course, but the air and the mounting research into its effects have become so frightening that some feel it is unethical for those who have a choice to willingly raise children here.

Similar discussions are doubtless underway in Beijing and other Asian megacities, but it is in Delhi — among the mostpopulous, polluted, unsanitary and bacterially unsafe cities on earth — where the new calculus seems most urgent. The city’s air is more than twice as polluted as Beijing’s, according to the World Health Organization. (India, in fact, has 13 of the world’s 25 most polluted cities, while Lanzhou is the only Chinese city among the worst 50; Beijing ranks 79th.)

So many of our friends have decided to leave that the American Embassy School — this city’s great expat institution — is facing a steep drop in admissions next fall. My pastor, who ministers to a largely expat parish here, told me he feared he would lose 60 percent of his congregants this summer.

We nearly left two years ago, after Bram’s first hospitalization. Even after his breathing stabilized, tests showed that he had lost half his lung function. On our doctor’s advice, we placed him on routine steroid therapy and decided that as long as his breathing did not worsen again, we could stay in Delhi.

Or at least I decided that. My wife seriously considered flying home immediately, and at the end of a summer visit to the United States with the kids months later, sobbed for hours on the return flight to Delhi.

But after our second year here, Bram seemed fine. His earlier difficulties, though, led me to call some leading air pollution experts. The conversations were sobering.

“Knowing that I was putting my kids in a place that compromised their health for their lifetimes would be very difficult given all of the scientific evidence,” said W. James Gauderman, a professor of preventive medicine at the University of Southern California. He is the co-author of a landmark 2004 study showing that children raised in parts of Los Angeles — where pollution levels are a fraction of Delhi’s — face significant and probably permanent losses of lung function. Even children who move to less polluted places during childhood never seem to entirely recover from earlier high pollution exposures, another study found.

Sarath Guttikunda, one of India’s top pollution researchers, who moved to Goa, on the west coast of India, to protect his two young children, was unequivocal: “If you have the option to live elsewhere, you should not raise children in Delhi.”

These and other experts told me that reduced lung capacity in adults is a highly accurate predictor of early death and disability — perhaps more than elevated blood pressure or cholesterol. So by permanently damaging their lungs in Delhi, our children may not live as long.

And then there are nascent areas of research suggesting that pollution can lower children’s I.Q., hurt their test scores and increase the risks of autism, epilepsy, diabetes and even adult-onset diseases like multiple sclerosis.

C. Arden Pope III, a professor of economics at Brigham Young University and a leading expert on the health consequences of air pollution, noted that accurate pollution monitors have existed only since the 1980s. “If Delhi’s readings aren’t the highest ever, they’re among the highest ever,” he said.

“Certainly no city in the United States, including Los Angeles, has ever come close.”

That means the extent of the damage Delhi is doing to our children can only be guessed, he said. Several medical ethicists said it would be impossible to get approval for a clinical trial to send a group of children to Delhi to monitor their health. “Not a chance,” said Adil E. Shamoo, editor in chief of Accountability in Research and a bioethicist at the University of Maryland School of Medicine. “It’s O.K. to survey people already there, but moving children into harm’s way? No.”

And children are by no means the only ones harmed. Many adults suffer near-constant headaches, sore throats, coughs and fatigue. Arvind Kejriwal, Delhi’s chief minister, had to leave the city for 10 days in March to cure a chronic cough.

It’s not just the air that inflicts harm. At least 600 million Indians, half the total population, defecate outdoors, and most of the effluent, even from toilets, is dumped untreated into rivers and streams. Still, I never thought this would come home to my family quite as dramatically as it did.

We live in a four-year-old, five-story apartment building that my wife chose because its relatively new windows could help shut out Delhi’s appalling nighttime air. Its cookie-cutter design — by the same developer who built dozens of others in the neighborhood — gave us confidence that things would function, by no means assured for new construction here.

About six months after we moved in, one of our neighbors reported that her tap water suddenly smelled like sewage. Then the smell hit another neighbor and another. It turned out that the developer had dug open channels for sewage that had gradually seeped into each apartment’s buried water tank. When we pulled up the floor tiles on the ground floor, brown sludge seemed to be everywhere.

I was in the shower when this sewage mixture arrived in our apartment. Sounds horrible, but I shrugged and toweled off because that smell is such a frequent presence here.

For much of the year, the Yamuna River would have almost no flow through Delhi if not for raw sewage. Add in the packs of stray dogs, monkeys and cattle even in urban areas, and fresh excretions are nearly ubiquitous. Insects alight on these excretions and then on people or their food, sickening them.

Most piped water here is contaminated. Poor sanitation may be a crucial reason nearly half of India’s children are stunted.

The list of health threats sounds harrowing when considered together, but life goes on and can be quite nice here. Our apartment building eventually installed aboveground water tanks. My children’s school and travel in the region are terrific, and many expats are far more influential here than they would be in their home countries.

Yet one afternoon this spring, someone in our neighborhood burned something toxic, and an astringent cloud spread around our block. My wife was out walking with a friend, and their eyes became teary and their throats began to close. They bolted back inside our apartment where they found Bram gasping again, for the first time in two years. In some places in Delhi, the levels of fine particles that cause the most lung damage, called PM2.5, routinely exceed 1,000 in winter in part because small trash and other fires are so common, according to scientists. In Beijing, PM2.5 levels that exceed 500 make international headlines; here, levels twice that high are largely ignored.

He spent the next five days at home, with my wife giving him heavy doses of inhaled steroids through a mask. He has a quiet sadness during these crises, perhaps because they force him to accept the idea that his health is more fragile than that of his brother or friends.

Before coming to Delhi, Bram had had a couple of breathing episodes that doctors assured us he would most likely outgrow. Now he has full-blown asthma and must take powerful daily medications.

Would he have developed asthma if we had stayed in the United States? Pediatric asthma is far more likely to start and worsen in polluted locales. The sidelines at kids’ soccer games here are littered with inhalers.

Ruth R. Faden, director of the Johns Hopkins Berman Institute of Bioethics, said children have a special claim to protection. “First, because they are so dependent on us for their well-being, and second because deprivations in childhood have such an outsize effect,” she said.

There is a growing expatriate literature, mostly out of China, describing the horrors of air pollution, the dangers to children and the increasingly desperate measures taken for protection. These accounts mostly end with the writers deciding to remain despite the horrors.

Not this one. We are moving back to Washington this week.

The boys are excited. Aden, 12, wants a skateboard and bicycle, accouterments of freedom in a place he is allowed to wander by himself. His younger brother’s wish maybe harder to realize.

“My asthma will go away,” Bram said recently. “I hope so, anyway.”