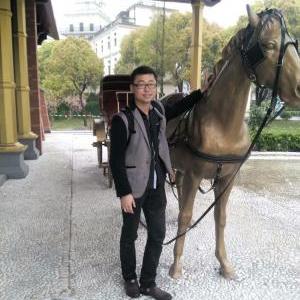 Directions: Read the following passages and then answer IN COMPLETE SENTENCES the questions which follow each passage. Use only information from the passage you have just read and write your answer in the corresponding space in your ANSWER BOOKLET.

Questions 1-3
In the 5,000 years since Ancient Egyptians experimented with scented plants, aromatherapy has been credited with a plethora of powers. Today it is a multimillion-pound industry, recognized as effective by three quarters of the adult population and hailed as a cure for problems from nicotine addiction to baldness.
But aromatherapy could be little more than an illusion, psychologists argue. Neil Martin, from Middlesex University, a specialist in the psychology of olfaction, has a less polite word for it: "bunkum". Dr Martin enlisted 60 volunteers and subjected them all to experimentally induced pain by getting them to plunge their forearms into ice-cold water for 15 minutes. A third of participants were exposed to a pleasant lemon odour, a third to the odour of machine oil and the rest were in an odourless room. They were asked to rate the amount of pain they felt on a scale of 0 (painless) to 11 (unbearable) every five minutes.
At the first time of asking, those exposed to an odour reported significantly higher pain levels, with a score of 8 for both groups, than the control group, which had an average of 6. After 15 minutes the pain level of the no-odour group had fallen to 5. Among the lemon-odour group it had fallen to 6½, while for the machine oil group it remained at 8.
Dr Martin said his findings showed not merely that aromatherapy had no effect but that it could be positively harmful. "Aromatherapy appears to be counter-productive. Most claims by aroma therapists have no basis in science," he said. "The effect it has on real hard illnesses are non-existent. It is a waste of time and money. Exposure to both odours increased the pain. It could be that the odours had a stimulant effect and drew attention to the pain because it made the experience of being in the room with the bucket of water more noticeable."
He accepted, however, that aromatherapy may have a powerful placebo effect. "People going to aromatherapy have a mental problem or a physical disorder that they want to have treated and the belief that they want to get better can overcome the inefficacy of the treatment," he said. He added that previous research into aromatherapy had been largely inconclusive.
Dr Martins research, presented at the British Psychological Society annual conference in Cardiff, comes after the release of a study last week claiming that spinal manipulation, another popular form of complementary medicine, did not work and could make matters worse.
Both papers are highly contentious. The British public now spends more than £24 million a year on over-the-counter aromatherapy products such as essential oils, and 75 per cent of the population believe that the treatment works.
Carole Preen, the secretary of the Aromatherapy Consortium, disputed Dr Martins findings. "This research didnt involve aromatherapy because they simply used a certain smell to try and gain an effect. Aromatherapy is not a cure and no one would ever make that claim, but there is a wealth of scientific research published in journals to show that it can be beneficial. It can lift mood, alleviate pain and helps very many people," she said.
WHATS IN A SMELL
 The British public spends more than 24 million a year on over-the-counter aromatherapy products such as essential oils
 75 per cent of the population believes that the treatment works
 Aromatherapy had been hailed as a cure for problems ranging from nicotine addiction to baldness
 The Prince of Wales is a fan. Peterborough prison last year hired two holistic therapists for its inmates
 There are 7,000 therapists registered with the Aromatherapy Organisations Council
 Hammersmith Hospital, in West London, offers aromatherapy massages for NHS cancer patients
619words